The classic slot boasts a brand-new design, giving it a sleek and modern look, which has been combined with thrilling features such as Free Spins, Random Wilds, Super Stake™ and Gamble.

Throughout the game, players collect Joker symbols, which act as Wilds, which are then added to a counter at the top of the game window.

On the 15th spin from the base game, or the 5th spin when the Free Spins feature is active, the words Random Wilds appear and the collected Wild Jokers are added to the reels while they are still spinning.

If the counter has two or more Wild Jokers, there is a chance Multiplier Wilds will appear instead and sees two of the Wild Jokers land on reels two and five with a Multiplier of either x2, x3 or x5.

During Free Spins, the triggering Wild Joker counter is set to five and not 15 as it is in the base game.

If that wasn’t enough action to keep players on the edge of their seats, Fruits Gone Wild Supreme also comes hooked up to Stakelogic’s innovative Super Stake™ feature.

When Super Stake™ is active, an extra feature may trigger which in Fruits Gone Wild Supreme is Mystery Symbols. On any losing spin, the Mystery Symbol lands randomly on the reels.

They all then change into the same symbol, either a Wild, Scatter or Multiplier Wild, to help turn the losing spin into a potentially winning spin.

The second Super Stake™ feature is Re-Spin; when triggered, reels that do not contain a Scatter symbol are re-spun and continue to re-spin until there are at least six Scatter Symbols on the reels.

Fruits Gone Wild Supreme also gives players the chance to gamble their winnings. They can bet on the card colour or card suit – the former potentially multiplying their win x2 and the latter x4.

“We have given the game a modern and sleek look and feel, and the combination of features take anticipation and excitement to the next level.

“We believe Fruits Gone Wild Supreme will appeal to existing fans of the series but also new players looking for incredible thrills and big-win potential.” 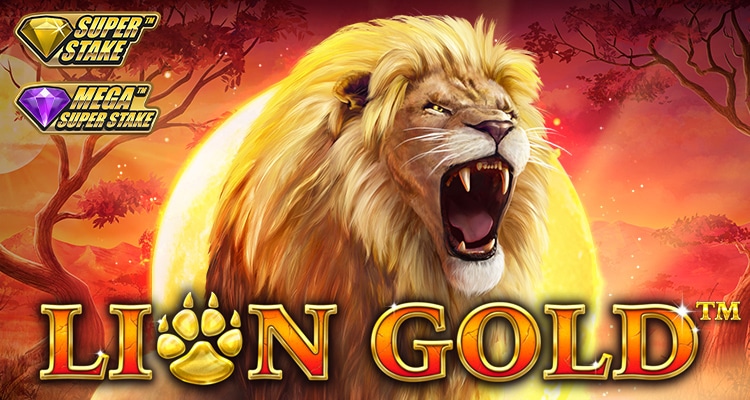 Find the King of Beasts in Lion Gold™! Try your luck in the Wild Moon Bonus Game and..