Players place side bet to double their stake and enable an additional feature that delivers an insanely high payout within a set number of spins.

Malta: 26 February 2020 – Super Stake is the latest online slot innovation that was developed and launched by the popular game studio, Stakelogic.

Super Stake allows players to place a side bet which effectively doubles their stake. By doing so, an additional feature is enabled that delivers an insanely high pay-out once in every 35 or so spins.

Here is an example of how it works:
The player stakes £1 per spin and activates Super Stake, so a side bet of £1 is also placed. The player is effectively wagering on two separate games – the base game and the feature game.

Super Stake will be rolled out across the following Stakelogic slots:

Stakelogic has built a reputation for developing game-changing features, including Quattro which allows players to play up to four games simultaneously. This innovative approach to slot development, plus the striking design and complex math used in its games, has allowed Stakelogic to stand out from its rivals.

Stephan van den Oetelaar, CEO of Stakelogic, said: “Super Stake is another ground-breaking slot feature from Stakelogic and we believe it will be an absolute game changer for operators and players.

Super Stake takes the excitement and anticipation of playing online slots to the next level, with the players waiting for that monster win to land at any moment.

We believe it will be hugely popular with players and will ultimately drive play time on our titles, boosting revenues for our operator partners.” 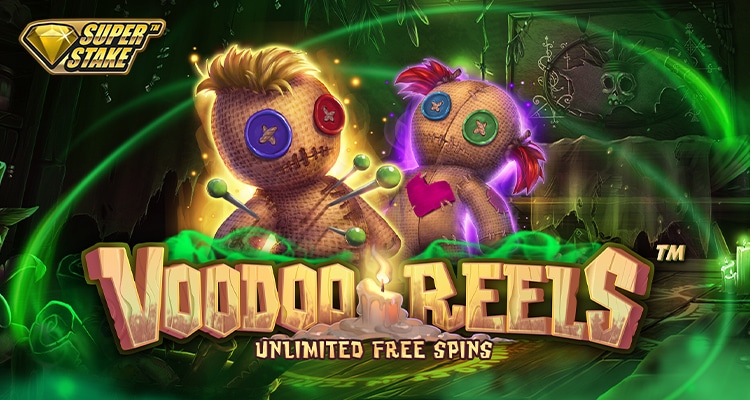 Candles, magic and luck adorn the Voodoo Reels. Take a journey through the secrets of Louisiana, wherewith enough..